With Thanks to Our Sponsors

Youth of the Year Runner Up
Danny Ojendiz-Rodriguez

Our goal is to raise $100,000 for our College & Career Readiness Program, to connect more teens with the training and support they need to set them on a path towards meaningful careers and brighter futures, through the 2022 Youth of the Year Fund-a-Future.

We are starting off with $25,000, thanks to our Presenting Challenge Sponsor and other Challenge Donors.

With thanks to our challenge donors: 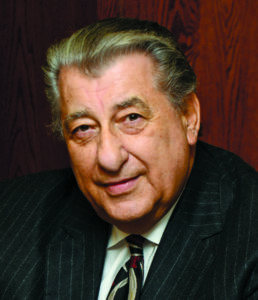 Originally from Brooklyn, NY, Ted Balestreri moved to the Monterey Peninsula in 1957, and over the next 25 years became a national figure in the restaurant and food service industries. The youngest ever President of the National Restaurant Association, he served in 1984 and is on the Board to this day.

In 1968, Balestreri opened The Sardine Factory Restaurant with his partner Bert Cutino. The restaurant just celebrated its 50th Anniversary, and is the recipient of virtually every major food, wine and service award imaginable.

As Chairman and CEO of the Cannery Row Company, founded in 1976, Balestreri created a partnership that purchased and redeveloped over 80% of Cannery Row, a renowned tourism area in Monterey, California that includes luxury hotels, restaurants and retail shops, which receives approximately 5 million visitors each year. Cannery Row Company also owns five hotels in Monterey.

His leadership and commitment to tourism have been acknowledged by the Travel Industry Association of America, The California Travel Association and the California Tourism Hall of Fame. He remains an active member of the World Travel & Tourism Council (July 1997 to present), and served as an appointed delegate to the U.S. Department of Commerce Travel and Tourism Advisory Board.

His awards and achievements are extensive, and include the prestigious IFMA Gold Plate Award and the President’s Award in 2016 from both the National Restaurant Association Educational Foundation and the Monterey County Business Council. He was the first recipient of the National Restaurant Association Legend Award in 2016. Humanitarian awards include honors from the Boy Scouts of America and the National Ethnic Coalition Organization. He is a member of the Knights of Malta.

Balestreri serves on the Board of the Panetta Institute for Public Policy, is Board Emeritus at Robert Louis Stevenson School and Rancho Cielo Youth Campus, is a former trustee of the Community Hospital of the Monterey Peninsula, and a member of the CSU Monterey Bay President’s Council. He is a major contributor to scholarship funds through local and national educational foundations.

Ted and his wife Velma have been married for over 50 years and have two sons, Theodore II and Vincent – both actively involved in the company business.

Youth of the Year Nominees

Citlaly Herrera Inzunza has been a Club Member for 9 years and is currently a senior at North Salinas High School.  She is passionate about art and has been a part of our annual Marti Mulford Youth Art Exhibit, receiving Artist of the Year in 2016. Her goal is to become the first in her family to graduate high school and attend The Academy of Arts in San Francisco or an art school to pursue her passion.

Luis “Danny” has been a Club Member for 5 years. He is currently a Junior at Seaside High School and has a weighted GPA of 4.0. Luis currently works a part-time job at Benihanas, he is working while in high school so he can pay for school without having his parents feel the financial burden. Luis wants to further his education at Universal Technical Institute, Long Beach to become a mechanic. Luis’s goal is to open his own shop where he can fix and customize cars.

Youth of the Year Runner-Up Nominees

Donovan has been a Club Member for 10 years and is a Junior at Seaside High School. As a member at the Club, he is always willing to help his peers with any situation. Donovan has done various volunteer work such as beach clean ups, and events at Pebble Beach. At school Donovan has a weighted GPA of 4.0, Donovan is also a member of the Robotics Club at school where he is the Vice President, he is also a member of the Chess Club where he is the Treasurer. Donovan wants to further his education at California State University, Monterey Bay to study Computer Engineering.

Jose Rojas has been a Club Member for 6 years and is currently a Sophomore at Everett Alvarez High School. What matters the most to Jose is his work ethic and education to attain a life his grandparents never had. His dream is to become a Biomolecular Engineer at University of California Santa Cruz.

Jr. Youth of the Year Winners

Julian Barajas has been a Club Member for 10 years and is a sophomore at North Salinas High School. Throughout his time at The Club, Julian has participated in Bullying Awareness workshops where he began to understand what bullying was and how to address it when it happens.Julian hopes to pursue a career as a veterinarian upon graduation.

Brian has been a Club Member for 8 years and is currently a Sophomore at Seaside High School. His favorite activity at the Club is being able to go to the gym. Brian was a Summer Intern for the Club where he worked in the kitchen and volunteered for events at Laguna Seca Raceway. Brian plans to further his education at California State University, Monterey Bay while studying Music Production.

Our goal is to raise $100,000 for our College & Career Readiness Program, to connect more teens with the training and support they need to set them on a path towards meaningful careers and brighter futures, through the 2022 Youth of the Year Fund-a-Future.

We are starting off with $25,000, thanks to our Presenting Challenge Sponsor and other Challenge Donors.

With thanks to our challenge donors:

To request an invoice for payment, or for more information, please contact Miranda Jackson at mirandajackson@bgcmc.org or call 831-394-5171.